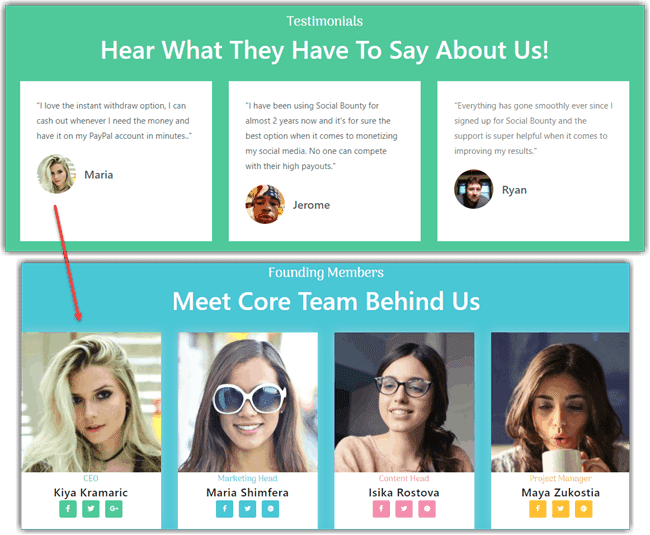 Make $ 500 today with Social Bounty - don't believe it. Imagine an easy game for children. A game that allows them to collect about 20 million coins a day. The same principle. You can make fictitious $ 500 with Social Bounty today. This is the easiest game that will damage your brain, waste your time, and worse, steal your personal identity. Today in my Social Bounty review , I will explain why you should stay away from it and other similar sites to protect yourself. They will do more damage than good. They won't even do good!

What is Social Bounty?

Social Bounty claims to be "the # 1 Influencer Network in the world". He claims to pay a lot of money to users for completing very easy "tasks", like $ 30 to enter a prize competition every time.
The sole purpose of Social Bounty is to collect users' personal data and sell it to third party spam senders (i.e. unauthorized advertisers). "Tasks" such as prize draws, polls, and surveys are all fake. They all offer the opportunity to win valuable prizes in exchange for full personal details of the user including their email address, telephone number, and street address. Of course, there are no prizes like that and no one will win.
This means there are two tricks to fool new users;
As for all payments - of course you will never pay a penny. When a user requests to withdraw it, the request will only be ignored and the user's access to Social Bounty will immediately be blocked. Eventually it will close the site and that will be the end. 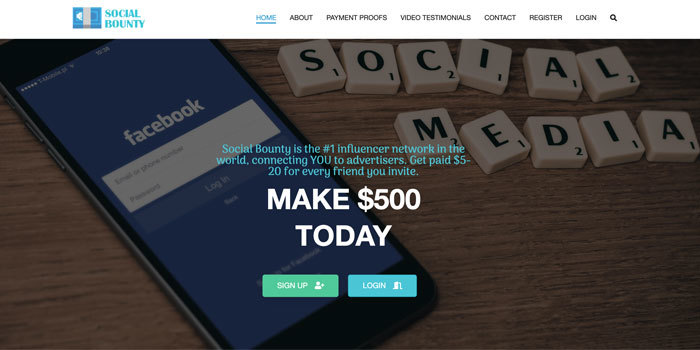 How Do We Know This Is Fraud?

Because the same person (or syndicate) has played the same trick, using many websites with the same layout and slogan ("Get $ 500 Today" "We are the No. 1 network of influencers") repeatedly. If you click to see the "help video" in the Social Bounty dashboard, you will find that the video is about another scam similar to ViralMarket .

Who are the Target Victims?

There are several reasons why the target victim might be the most naive teenager. Because;

All testimonies are fake. These people always use random stock photos, and photos of the woman ("Maria") taken by Brazilian photographers, are available at Unsplash . The same woman appeared on another clever site called Youtostar.com, most likely owned by the same scammer because of the extraordinary similarity of the site's appearance, and there is one more reason.

The woman appeared as "Kiya Kramaric, the CEO" on the Youtustar website. But on the "About" Social Bounty page, CEO of Social Bounty is also Kiya Kramaric. (But his photo appears as a user named Maria). All made up, you know.
On the other hand, the photo of a boy who appears to have left (false) testimony to Social Bounty is actually a horrific murder suspect in 2013 ( https://www.huffingtonpost.co.uk/entry/demetrius-glenn-wwii_n_3805497 ). Obviously the name is not Jerome. How do scammers choose randomly to use photos like that, that's pretty scary, isn't it?

However, testimonials are really made up. You don't have money as this fictional woman claims, and the kid has NOT used Social Bounty for 2 years - the site was only created earlier this month (January 2020)!

Terms & conditions say that this site is owned by Social Bounty, PTY, Melbourne, Australia, but such business registrations cannot be found . Also on the homepage of Social Bounty says the address is 970 Pine Road, West Deptford, NJ 08096. If you search for this address, there is no "Pine Road" - there is Pine Avenue, but there is no number of 970. This shows that the company is also fully fictitious .

Mistakenly seems to be Legit

When registering, it will ask users to decide how they want to be paid - via PayPal, CashApp, with Bitcoin or by bank check, only to show that Social Bounty is seriously ready to pay. (But it won't!)
Another thing is the "Fraud Policy" page - it tries to ban users from cheating, threatens to terminate their accounts and permanently prohibits them otherwise. Actions which include;
Basically it tries to appear strict to distract users from its own fraudulent activity!

Here's my important advice for you if you are new to online marketing, online business, or any way to make money using your free time.
Do not   ever   believe   anyone   who introduced the method of "making money" them and tell you that it was easy. They either (a) have an affair or (b) don't understand. I tell you what this means.

Let me repeat this; there really is no way to make money online without learning the techniques. It's not difficult to learn, but you have to study, and keep listening to experts for their tips and advice. Even skilled entrepreneurs - no matter how successful they are - never stop learning. We all need to keep up with the latest trends and technological updates.
So don't believe in "easy tasks" such as surveys and prize competitions - it's NOT a task. You will only get a good income for the amount of time and effort you do. If you want to know how to get passive income from affiliate commissions and receive the first 10 lessons for free, join me from the link below. All tools, training and active community in one.