Young Generation January 29, 2020
Young Generation
Player Unknown BattleGround or popularly known as PUBG is a favorite battle royale game for many people. Many gamers who like to play PUBG because the gameplay is interesting and exciting.

The war and survival offered by PUBG is able to attract a lot of interest from gamers around the world. Therefore, many developers try to make games with similar genre with the aim to compete with PUBG.

Both on PC, Console, and even mobile, there are countless games that have similarities with PUBG. There are even developers who make games similar to PUBG in offline mode and not requiring an internet connection.

Posts That You May Like :
• 10 Best Android Emulators You Can Install on Low Spec PC
• 5 Sadistic But Hilarious Games on Android / iOS
• 6 Best Detective Android Games
****** 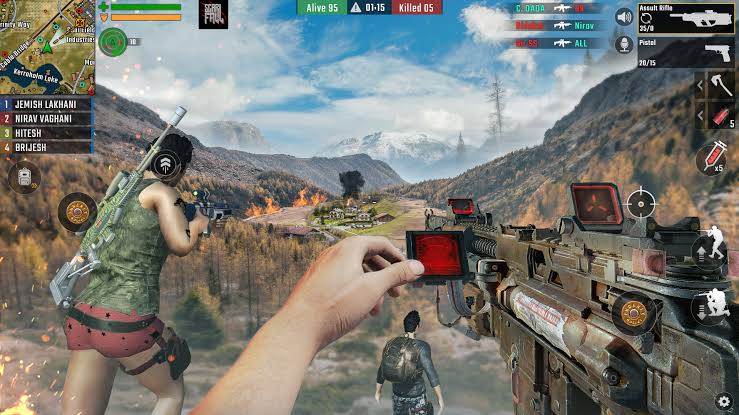 Scarfall is a new battle royale game that you can play on Android. This game can be played online and offline. Players will be taken to an arena, fighting with each other to get the championship title in the game. There will be a variety of weapons that can be found in the game and players can use the med kit to inject health in the game. 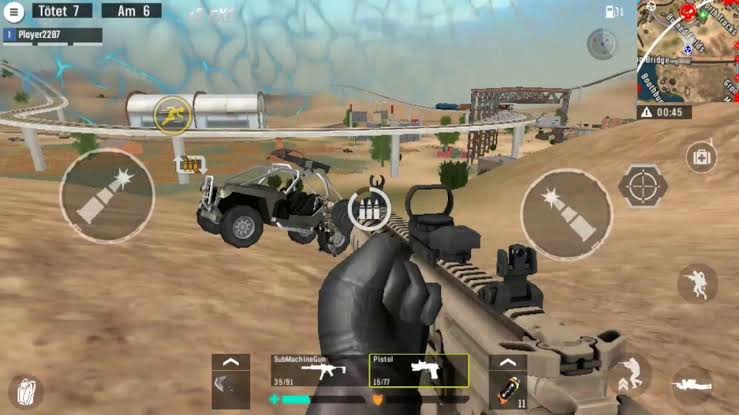 Well, for those of you who are interested in the Mobile Battle royale offline game with high graphics, Blood Rivals can be a good choice. This game is able to provide a gaming experience that is very similar to PUBG, down from a parachute, picking up weapons, until the arena is getting smaller every minute. This game has many game modes besides battle royale mode.

Blood Rivals is also able to offer a fairly realistic shooting gameplay, with a large choice of weapons, you will feel satisfied playing this game. The control and UI offered are quite comfortable, because the UI of this game is quite similar to PUBG Mobile. 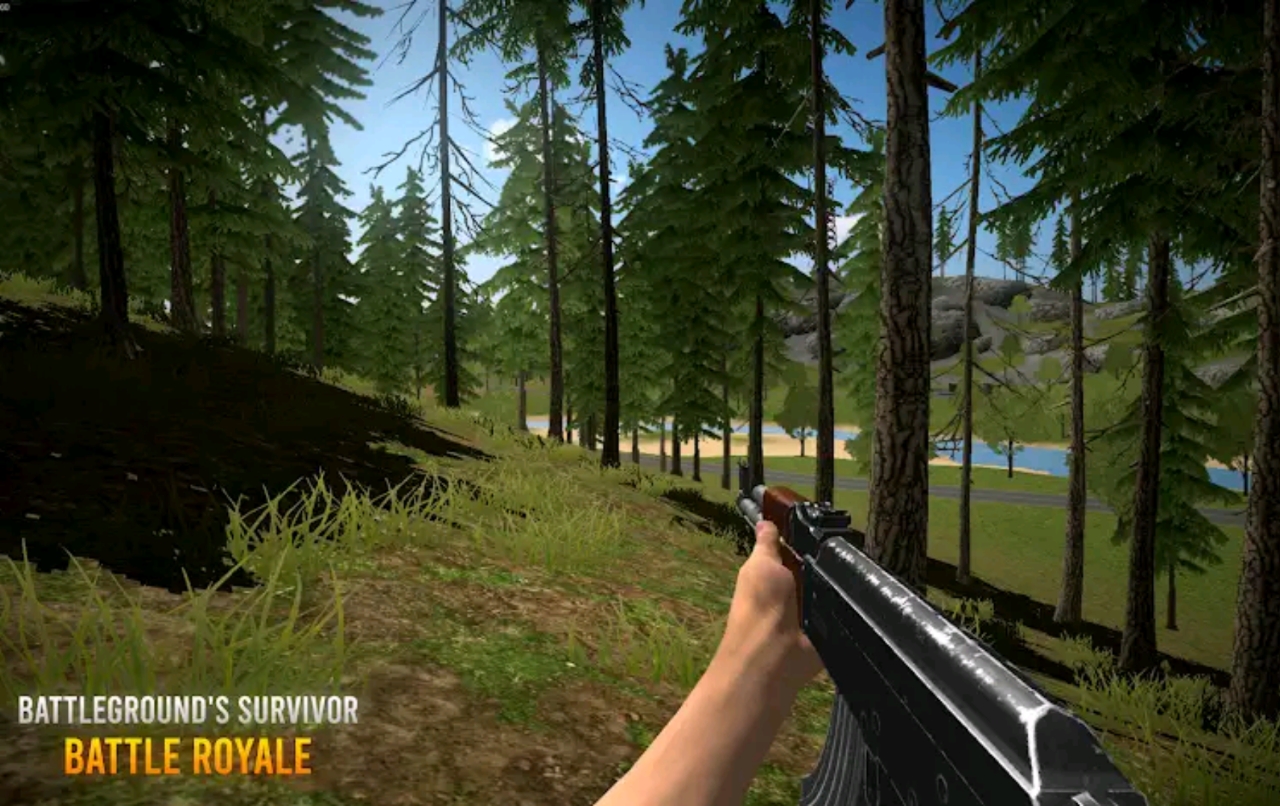 Battleground's survivor is a game that is almost 100% similar to PUBG but offline. This game is a game that requires you to survive and be the last in the match 1 vs many in an arena that every minute is getting smaller. Players who exit the arena will lose their health points little by little until they re-enter the arena.

There will be a variety of weapons that can be found in the arena that players can use to kill enemies there. Although the graphics offered seem stiff, but this game is quite exciting to fill your free time when playing smartphone. 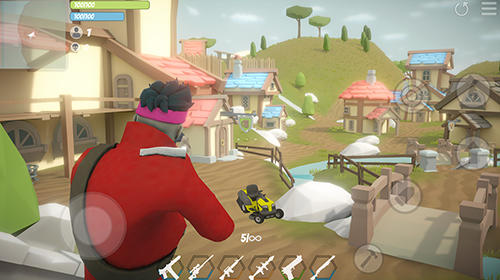 Giant.io itself is a battle royale game similar to PUBG that can be played both online and offline. When compared to other PUBG-like games, this game is actually more similar to Fortnite, where players can use emoticons, and build walls to block bullets fired by the enemy.

Even though this game is offline, AI or enemy in this game is quite smart and certainly difficult, so you won't get bored quickly when playing this game. Besides that, the graphics offered are also comfortable to look at. 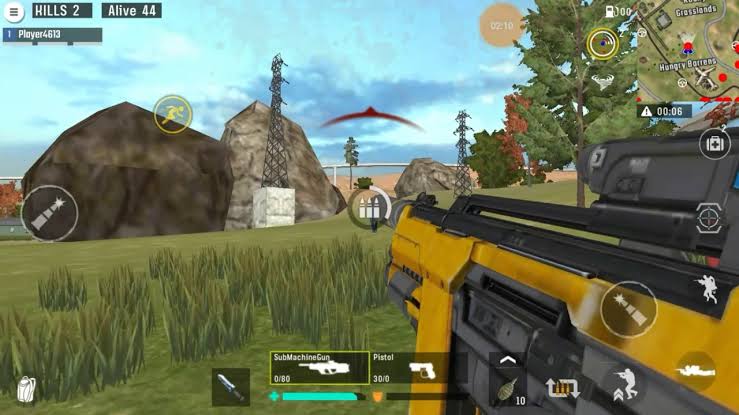 Swag Shooter is a game for you who want to play battle royale games in a cool style. This game provides a variety of costume customizations that you can choose and buy. Beside the swag character display, this game also offers good audio quality and sound effect, it is one of the advantages of this game compared to other offline battle royale android games.

Just like other battle royale games, players must survive until the end and be the first in every match, the difference with PUBG is, players can build various defenses such as walls to block bullets fired by enemies and stairs to move  head for a higher place and get a view from above.

There is one uniqueness offered by this game, this game presents the feel of a western cowboy that allows players to fight in a place set in the desert like cowboy movie style. There are also horses that you can ride in this game. 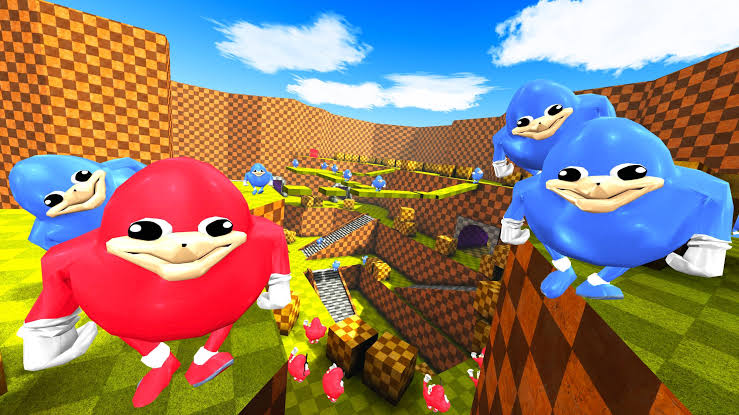 Yep, this game was inspired by the meme "ugandan knuckles" which had attracted the attention of memer in several years ago. Cool again, this game is made into a battle royale game where players will become Ugandan Knuckles who can compete with each Ugandan Knuckles to be the only survivors in the competition arena and fighting for the Ugandan Champions title.

Players can use a variety of exciting weapons ranging from Machine Guns, Flame throwers to ordinary pistols that can be used to kill annoying enemies. And just like the game above, this game can be played both online and offline.